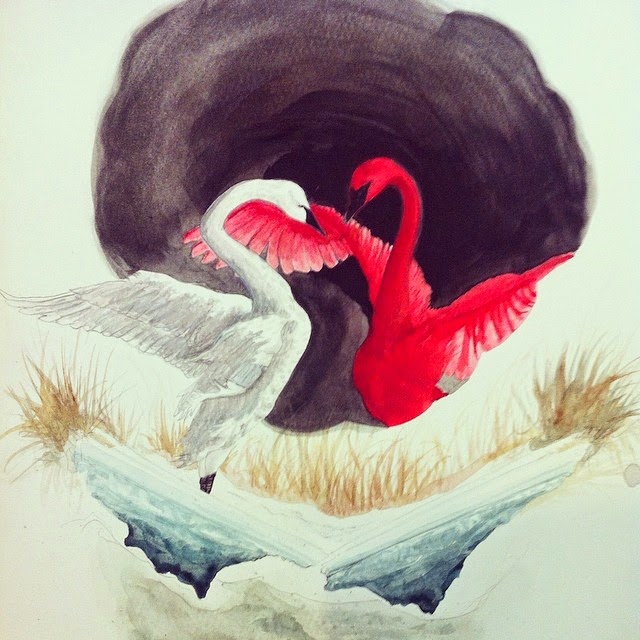 I grew up in a small town in Northern BC near a small lake. One winter when I was young there was a quick freeze. It can get to minus 40 below there, and to be an animal outside in the cold of winter the boundary between life and death must be a thin one.

I was walking outside along the shores of the lake, on the ice. There was a disturbance of colour on the white (it had snowed), and as I approached I realized what must have happened. A swan, trapped by the ice one night would have been a strong fighter for a good period of time before being overcome by cold, fatigue and determined opponents. There was blood and there were feathers, and the mess of both was strong enough language to tell a vicious story. I didn't linger, then. But the elements of that narrative have stayed with me long enough to evolve somewhat with this drawing.
Posted by Erin Candela at 2:40 PM